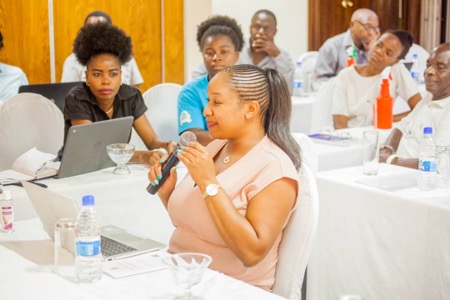 CoST Malawi conducted two series of trainings, one on advocacy using open data and the other on Public Procurement
In March 2021, a multi-stakeholder initiative with 15 participating countries was launched under the Construction Sector Transparency Initiative (CoST), an infrastructure transparency project. This project was jointly implemented in Malawi, led by representatives of the government, the private sector and civil society organizations (CSOs). This regional initiative aims to strengthen the capacity of CSOs to promote transparency and accountability in public infrastructure projects in Malawi.
“Infrastructure projects are very technical undertakings and not everyone is aware of what is really going on,” explains Jeff Kabondo, Governance Programs Manager at African Institute of Corporate Citizenship (AICC) and a national coordinator for Integrity Platform, one of the organizations partaking in the initiative. “Not everyone can understand the technicalities of procurement processes, and because of that, there is always a risk of compromising on checks and balances, and that certain details are hidden. This can be a breeding ground for corrupt practices.”
In collaboration with a Washington-based organization Partnership for Transparency Fund (PTF), CoST Malawi works to promote the disclosure of infrastructure project data in three regions of the country. Once the data is validated, it makes this data easy to understand through an assurance process and ensures that this information reaches citizens. 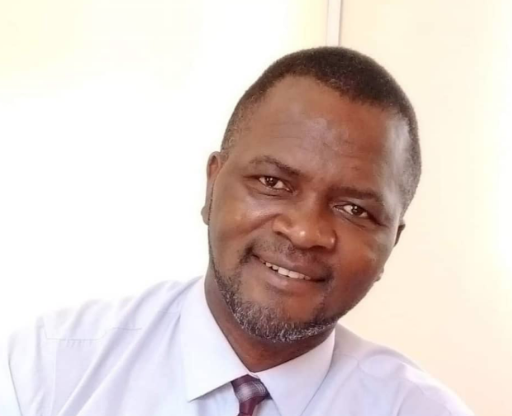 Jeff Kabondo
Building the capacities on infrastructure monitoring
CoST Malawi also organizes trainings of CSOs in the country to monitor infrastructure deals and hold officials accountable. This project demonstrates the added value of civil society actors in efforts to enhance transparency and combat corruption. CSOs were trained alongside engineers, journalists, and other experts to understand how the government undertakes procurement in building, works, services, and even, goods.
The array of stakeholders can understand what type of information they can use to bring to light infrastructure practices and potential risk areas. CoST Malawi conducted two series of trainings: three on advocacy using open data, one in each of the 3 regions of Malawi. Another series of trainings was on Public Procurement, targeting selected CSOs in each of the regions in the country. More than 140 representatives of CSOs and procuring entities have already been trained.
“The volunteers are very enthusiastic about the initiative because it remains new,” says Jeff Kabondo. “Open contracts are representing a new concept in the country. In the past, it was not easy to obtain information from the authorities. There has been a big outcry for access to information from CSOs.” The Public Procurement and Disposal of Assets Act was passed in 2017 in part due to the growing public demand for transparency and accountability. “It took a long time for the law to be published and used. So, there were doubts from the public sector and government, but there is now a law that helps various sectors and CSOs engage with public officials, whenever they need information about what the government is doing.”
A practical tool for open source
The Malawi Chapter of CoST has also focused on developing an innovative platform that allow citizens to raise potential concerns and engage with key stakeholders on issues of transparency in public procurement projects. The portal called Information Platform for Public Infrastructure (IPPI) allows government departments to disclose and upload information on the various infrastructure projects they are undertaking. The public or interested stakeholders can find out what is happening in the project. For example, when it started, when it is expected to end, and how much money has been invested in the project.
They have developed this monitoring tool to identify some issues that need to be addressed to tackle corruption risks within infrastructure projects. An amendment to the Public Procurement Act 2017 requires that the procuring entities by law disclose information, including on the information portal. “We have reviewed the portal, tried to upgrade it, and make it user-friendly for CSOs. We are also looking for journalists and reporters to be able to access the portal, and not have to become engineers but to understand and use it,” - adds Jeff Kabondo.
“It helps because not every journalist knows the subject well. We must support them and promote investigative journalism so they can follow up on stories with the necessary information. People do not change just because there is a new law. The law enforcement, as well as CSOs part of the initiative like us, are still trying to educate the users of the importance of the new law.”

In 2008 Malawi joined the Construction Sector Transparency Initiative (CoST) after sharing the aspirations of the initiative which was initiated by the Department for International Development in 2007 drawing on the experience of the Extractive Industries Transparency Initiative (EITI). CoST introduces the transparency and accountability concept to the construction sector and focuses specifically on public disclosure of information. The aim is to enhance the accountability of procuring bodies and construction companies for the cost and quality of public-sector construction projects.

Integrity Platform, is an organization that was formed as a product of a project (National Integrity System Support – NIS project) implemented by the African Institute of Corporate Citizenship (AICC) and Malawi Economic Justice Network (MEJN). Its experience in the implementation of anti-corruption projects is relatively modest but has great potential to escalate to larger projects based on the expertise available and the momentum gained during the initial NIS project. In recent years IP has spearheaded advocacy on governance reforms towards strengthening the National Integrity System during which key governance institutions in government, business sector and civil society have been engaged.